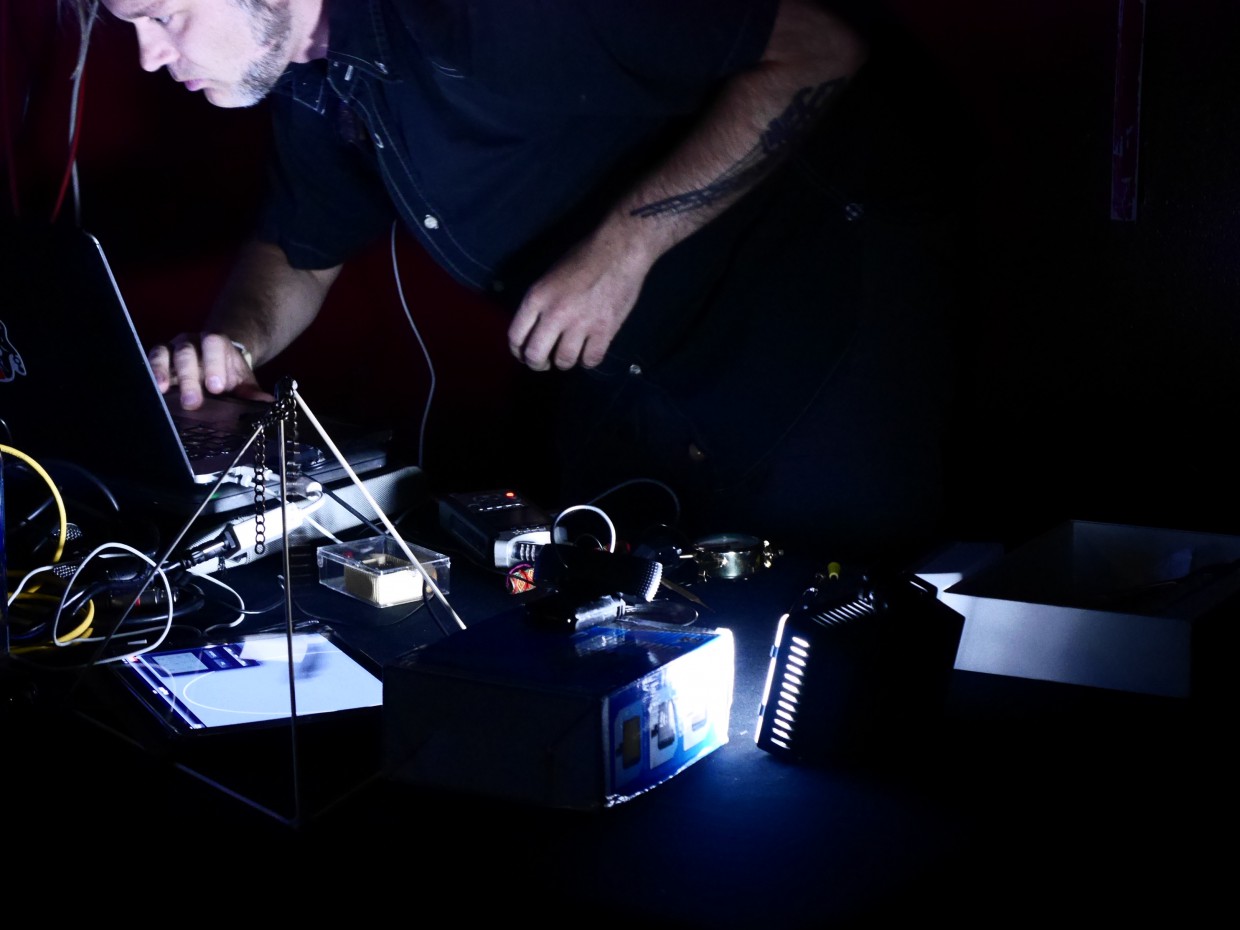 “Hyperspace channeling is abstract invocation to unleash forces of nature and reclaim the balance between Digital and Artificial. Those hack ritualz with vibrating magnets, vortexes of water, feedback loops aim to open portal leading to point 0,0,0,0,0… (in infinite space).”

This noise-ritual-audio-visual project come to life after I stop believing in live-cinema, as virtual-reality story telling resolves biggest problem which this “genre” have – no possibility to cater narrative to particular audience member.

Since I got more and more involved in building wave-generating-devices I decided to use my newly acquired skills to build custom made setup which have several principles:

1) nothing will be pre-recorder, everything needs to happen in front of audience
2) laptop cannot be touched during performance I have to build my own interface instead
3) sounds and videos will be created only using various physical objects which should create narrative

This project is in constant development.